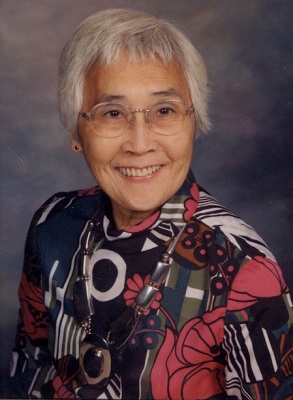 When Kiyo Suyematsu came to Mankato State College (MSC) in 1963 to establish a group piano program, few colleges had facilities for listening to sound recordings. The MSC Music Department had two turntables and a small collection of records, but there was no catalogue for these recordings, and the corresponding music scores were in the Library. This arrangement was not unusual for the era, but Kiyo had better ideas. 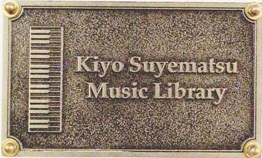 The establishment of the Music Library was due to the vision of Kiyo. Her foresight was reinforced with thousands of hours of labor-far in excess of her assigned load-to build the Music Library as a major resource of materials and service for the campus and regional community. During her career at MSU, Kiyo saw the library expand from a small room to a 78-foot-long facility containing sound reproduction equipment in several formats, nearly two dozen listening stations, a collection of more than 5000 scores, 5500 sound records, and nearly 2000 pieces of sheet music. More than 8000 books pertaining to music or theater were housed in the Memorial Library and the Music Library jointly at the time of Kiyo's retirement from MSU in 1991.

Professor Suyematsu's accomplishments are many and varied. She was the recipient of various Faculty Research grants, which resulted in direct benefit to the Music Library. In the late 1980s, she initiated a library collection dealing with women in music, and with library cataloger Nancy Olson, devised a unique system of online retrieval. Additionally, Kiyo was actively involved in the Music Library Association (MLA) at the state, regional and national levels.

Kiyo was highly regarded by her peers within Memorial Library and the Department of Music, and on the MSU campus in general. She is fondly remembered as an excellent, respected teacher who worked well with students and staff, and as a flexible, dependable and responsible colleague who was willing to accept challenges and extra assignments. Many who were on campus during the late sixties and early seventies recall Kiyo's tireless labor for the development of the Music Library.

After her retirement, Kiyo remained active professionally and within the community. She participated in a lengthy interview project in 1996, as part of the creation of an oral history celebrating the Midwest Chapter of the Music Library Association. She attended several MLA conferences and is held in high esteem among her colleagues there. At MSU, she continue to be a familiar face and to offer her time and talents to several MSU programs. Kiyo's generous spirit is reflected in her personal philanthropy. She was a member of the MSU Heritage Society, which encourages charitable gift planning and estate gifts designated to MSU.

In 1999, she was inducted as a "Partner" in the MSU Purple and Gold Society recognizing her lifetime contributions to MSU. Annually, her scholarship endowment benefits and recognizes accomplished music students. In the spring of 1995, the MSU music faculty voted unanimously to rename the Music Library for its founder, Kiyo Suyematsu. This decision was based upon the gratitude of the faculty, students, and the community, who have profited so much from the vision, hard work, determination and generosity of a music librarian. Kiyo, for your many contributions to the well-being of MSU and our students, we thank you…